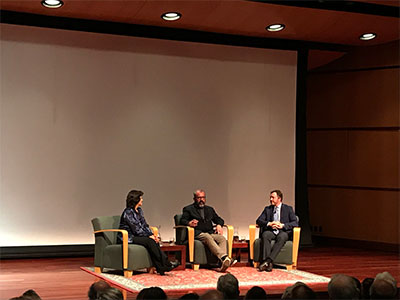 ​"Wonderful film...have enjoyed all the Italian very much. I hope it's a yearly event!"​

"My husband and I enjoyed the film immensely and we are still talking about it! I would be interested in knowing if there’s a US formatted DVD available for purchase? We enjoy the discussion period and Q&A session with the director. It was a great way to start the holiday season!"​

"This is a film worthy of the Big Screen. Wonderful!" - Barbara from San Jose.

"Enjoyed this film so much I did not want it to end." - Frances from Santa Clara.

Present Quanto Basta​ (“As much as needed”) by Director Francesco Falaschi. ​ 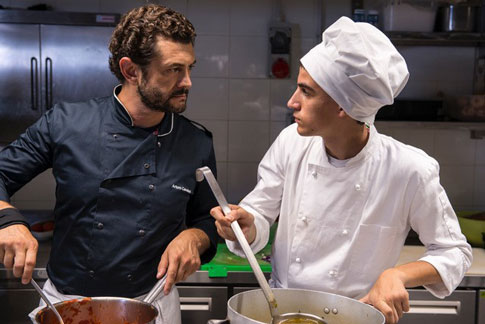 Upon being released from jail, Arturo, a chef, is assigned to community service as a cooking teacher at a culinary institute supporting young men with Asperger’s syndrome. Guido, a 20-year-old with great talent and passion for cooking, is one of the students. As Arturo winds down his community service, he is invited by Anna, the institute’s psychologist, to accompany Guido, as a mentor, to a cooking competition in Tuscany. Arturo hates talent contests, but reluctantly accepts. Arturo and Guido will spend time together for several days during the various competitions. At the final event, the true winners and losers will be decided, rediscovering values in human relationships and true values in the kitchen.

Francesco Falaschi has directed over 20 short films including Quasi Fratelli that won the David di Donatello Award in 1999, and Assaggi di Cinema that was presented at the Cannes Film Festival in 2007. In 2003, he directed Emma, Sono Io, for which he received the Audience Award at the 2003 N.I.C.E. Festival in San Francisco. In 2017, Falaschi directed Quanto Basta, for which the actor Luigi Fedele received the prestigious Nastri D’Argento Award for Best Emerging Actor in 2018.