About the Region of Moscow 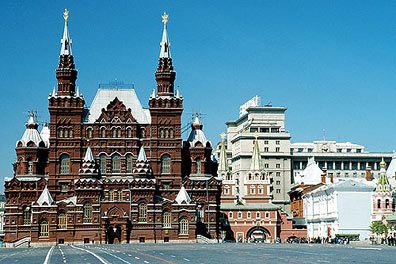 Moscow, the capital of the Russian Federation, is located along the Moskva River.  With a population of approximately 12 million, it is the largest city in the country and home to the seat of the President, the government and the State Duma (Parliament).  The Moscow Oblast, the region surrounding Moscow, has a population of approximately 7.5 million.

The municipal subway network was commissioned in 1935. The city's seven famous sky-scrapers -- the Foreign Ministry and Railroads Ministry buildings, the Ukraina and Leningradskaya hotels, the Vosstaniya Square and Kotelnicheskaya Embankment highrise apartment buildings, and Moscow University -were completed in the 1950s and the 1960s. As a result, the Moscow skyline was changed completely. The Luzhniki stadium sprang up in the 1956. It hosted the 22nd Olympic Games. The Ostankino TV tower, as well as the "corridor" of high-rise buildings which constitute the Novy Arbat Avenue, were erected in the 1960s.