Past Delegations and Exchanges 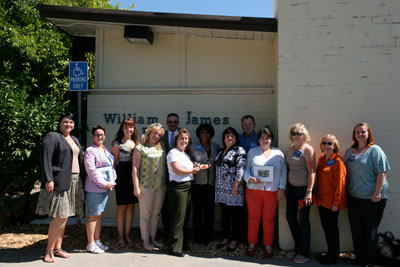 The Moscow Commission hosted an Open World Delegation from Russia to facilitate the exchange of ideas and best practices in juvenile justice, Sept. 13-21. The Moscow Commiss​ion partnered with the Santa Clara County Probation Department to create a program that gives a comprehensive look at the Santa Clara County Juvenile Justice System. The program includes site visits to the Juvenile Court, William F. James Ranch, and Bill Wilson Center. The delegation met with both government and community based organizations to exchange information about the Russian and U.S. Juvenile Just Systems, and to learn about the rehabilitation services provided to youth and their families.

The Moscow Sister County Commission applied for a second Open World grant in 2010, and was awarded a grant to host an accountable governance themed delegation from Russia. The Open World delegation, hosted Nov. 13-18, 2011, met with Moscow Commissioners, local and state elected officials, government agencies and community organizations, for an exchange of best practices in accountable governance.

The Moscow Sister County Commission hosted an Open World delegation from Russia Oct. 2-10, 2009, providing Russian delegates with the opportunity to meet with the Santa Clara County Social Services Agency and community-based organizations for an exchange of best practices in child welfare and foster care services, as well as to examine opportunities for future collaboration.

The Moscow Commission developed a program that addressed the Open World theme of Child Protection, with an emphasis on adoption, foster care services, and services that keep families together.

The delegates met with numerous professionals in the social services field from both government and community based organizations, as well as former foster youth. They also met with elected officials and members of our judicial system who were instrumental in creating services to aid disadvantage youth and families in our community.

The Moscow Commission was awarded its first Open World grant to host the delegation. 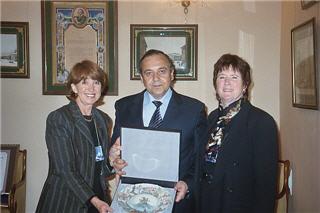 In April 2006, the County of Santa Clara/Moscow Sister County Commission sent a Santa Clara County delegation to Moscow to meet with Russian officials, resulting in a formalized agreement of cooperation.  Included in the delegation were representatives from the County’s Social Service Department who met with Moscow’s social services professionals to discuss best practices in substance abuse prevention, education and serving the needs of at-risk populations.​

Moscow City Government sent a delegation of Heads of District Administration Social Services to Santa Clara County. The purpose of the visit was to share best practices in the field of social services, substance abuse prevention and education, and providing for the needs of at-risk populations.