The County of Santa Clara/Moscow Sister County Commission hosted its first Open World Delegation in October 2009. The commission was awarded a $7,000 grant to host a social services delegation from the Open World Program, a program formed by the U.S. Congress in 1999 to establish a better understanding between the U.S. and other nations by creating opportunities for developing leaders to observe and experience American politics, business, human services, community development, and community life.

Ms. Olga Klimkina, a member of the 2009 delegation,  learned about the Santa Clara County Social Services Agency’s Independent Living Program (ILP) for foster youth during the week-long series of meetings, workshops, and tours. The  ILP program provides services and activities to assist Santa Clara County youth ages 16-21 through the transition from foster care to independence. 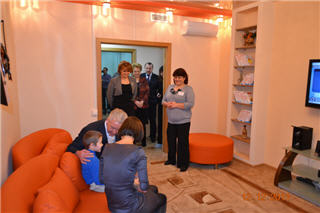 When Ms. Klimkina returned to Moscow after visiting in 2009, she took ideas from the County's Independent Living Program, added a few of her own ideas, and began the effort to develop a new program.

Then in March 2011, Ms. Klimkina (then the Head of the Center of Social Assistance to Family and Children -a division of the Department of Social Services of the City of Moscow), initiated a first of its kind program in Moscow to provide services and counseling to graduates of orphanages as they transition into independent living, modeled after Santa Clara County’s Independent Living Program.  That independent living program in Moscow, visited by Mayor Sergey Sobyanin in December 2011, has been extremely successful. In 2011, it was named best center in Moscow for youth at risk. As of  November 2012, four centers are open in different regions of Moscow, with a total of 32 such centers planned.

The Moscow Commission, which has a longstanding commitment to building bridges with Moscow, especially in the area of social services, continued to work with Ms. Klimkina, and in November 2011, hosted her for a follow up visit. During her second trip, she learned about the Santa Clara County Social Services new HUB, a youth-led and organized community center dedicated to supporting current and former foster youth ages 15 to 24. 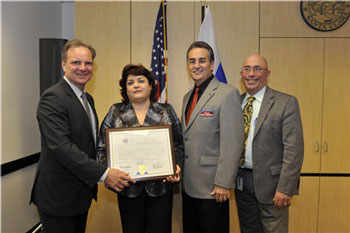 The commission continued to work with Ms. Klimkina, and in Spring 2012 launched a new project.  Ms. Klimkina, now the Director of “Helios” Center of Social Help to Children and Family, has been instrumental in the project Building Bridges to Support Children without Parental Care in Family-Based Settings, a project funded by a $57,000 grant from the US-Russia Civil Society Partnership Program (CSPP), implemented by Eurasia Foundation in partnership with New Eurasia Foundation.

The new Building Bridges Project had its genesis in 2009 when the Moscow Commission hosted both Ms. Klimkina, and Ms. Irina Ryazanova, Director of Big Change Charitable Foundation in Moscow.  The ongoing relationship between the Moscow Commission and Ms. Klimkina and Ms. Ryazanova over the next two years led to a request for training to support Moscow’s effort to transform its orphanage care system to a foster care system.

The Moscow Commission, along with the local project partners, EMQ FamiliesFirst and Social Services Agency, hosted Ms. Klimkina, and Big Change, as part of a 12-member social services delegation from Moscow, Nov. 5-9. 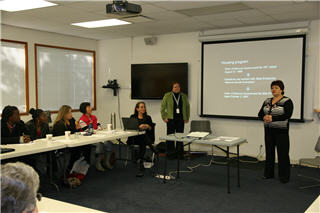 During the 2012 visit, Ms. Klimkina presented a comprehensive look at "Housing and support programs for youth transitioning into independent living in Moscow" to Santa Clara County social workers and EMQ FamiliesFirst staff. She explained that one of the challenges for Moscow youth is that many living in congregate care may lack the basic skills needed to live independently, such as planning a personal budget and managing living needs. She talked about the successes of the new program and how it supports youth in Moscow to overcome these challenges. 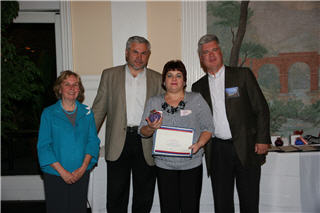