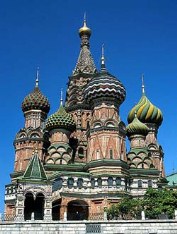 The Moscow Commission was awarded its 6th Open World Grant from the US Congress.  The Commission hosted a five-member Russian delegation under the theme “Combating Domestic Violence” in early March 2020.  The delegation focused on a program, developed in coordination with the County of Santa Clara Office of Gender-Based Violence Prevention, that included meeting with and touring local organizations to learn about best practices for preventing domestic violence, screening for its occurrence and supporting its victims.

The Commission was awarded its 5th Open World grant from the US Congress.  The Moscow Commission will host a Public Defenders delegation from Moscow in September of 2018.  The delegates will participate in discussions and field trips throughout the County and will be home-hosted by county residents.

Christopher High School in Gilroy sent a delegation to Moscow in March to participate in the Slavic-Anglo-American School’s Shakespeare festival.  The delegation was comprised of 15 students and 2 teachers.  In addition to performing their own pieces in the festival, the Christopher High School students and the Slavic-Anglo-American School students joined forces to present a crowd-pleasing interpretation of “There’s No Business Like Show Business”.

The Moscow Commission hosted its 4th Open World delegation in September/October.  The theme of this delegation was Inclusive Education.  The delegates visited 13 organizations in Santa Clara County that provide inclusive education programs for both children and adults with mental disabilities.  Abilities United, one of the local organizations, and Veras, one of the delegate’s organization, have applied for another grant to enable them to share best practices on Social Inclusivity for adults with mental impairments.

The Commission is self-supporting and promotes positive exchanges without receiving governmental assistance.