The Moscow Commission, Social Services Agency and EMQ FamiliesFirst hosted a 12-member social services delegation from Moscow, Nov. 5-9, as part of the project Building Bridges to Support Children without Parental Care in Family-Based Settings. The delegation, visited for a week of reciprocal training, and was recognized at the Board of Supervisors meeting on November 6, 2012. (To view presentation, click on agenda item 7.) 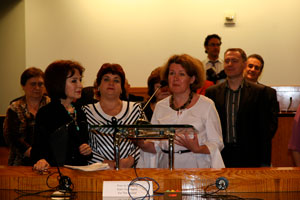 The Building Bridges Project had its genesis in 2009 when the County of Santa Clara/Moscow Sister County Commission (Moscow Commission) hosted Ms. Olga Klimkina, Director of “Helios” Center of Social Help to Children and Family, as part of a Child Protection Open World delegation from Moscow for an exchange of best practices in child welfare and foster care services. At the same time, at the recommendation of Moscow Commissioner Sergey Savastiouk, the commission hosted Ms. Irina Ryazanova, Director of Big Change, with the idea of finding mutual projects between social services in Moscow and in Santa Clara County.

The 2009 Open World delegation from Moscow, along with Big Change, learned about Santa Clara County’s foster care system, the Independent Living Skills program for youth aging out of the foster care system, employment and housing programs for emancipated youth, educational programs for foster children, and other support services for children who are transitioning to adulthood.

Upon returning to Russia, Ms. Klimkina, then the Head of the Center of Social Assistance to Family and Children (a division of the Department of Social Services of the City of Moscow), established an independent living program for emancipated youth, patterned after the one visited by the delegation in Santa Clara County. That independent living program in Moscow, visited by the Mayor of Moscow in December 2011, has been extremely successful and will serve as a model for an additional 32 such centers. 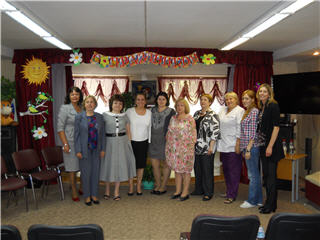 The ongoing relationship between the Moscow Commission and Ms. Klimkina and Ms. Ryazanova over the next two years, including the commitment and work of Commissioner Savastiouk and Commissioner Nancy Madison to move the relationship forward, led to a request for training to support Moscow’s effort to transform its orphanage care system to a foster care system.

In May 2012, as the first stage of the project, Santa Clara County sent a working group delegation comprised of a representative from EMQ FamiliesFirst, the Social Services Agency and the Moscow Commission, to visit Moscow and meet with Big Change, and Russian child welfare experts, social workers, and orphanage graduates, in preparation for developing a training curriculum for Moscow social services professionals. At the same time, Big Change officials met with the Santa Clara County delegation to prepare their training for enhancing cultural competency in Santa Clara County.

In June 2013, Moscow Commission was awarded the Sister Cities International Innovation Award for Youth and Education, for its work to improve lives of at-risk youth and foster youth in Santa Clara County and Moscow, Russia, from its 2009 Open World Child Protection delegation through the 2012 Building Bridges Project.